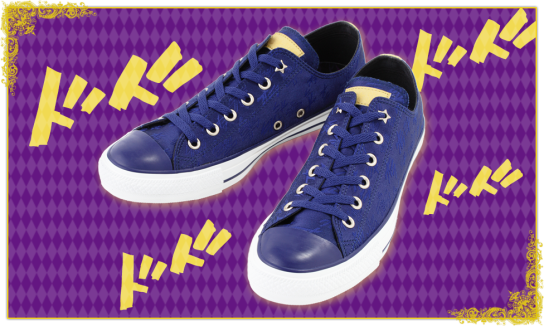 Late last year Converse launched an awesome collaboration with JoJo’s Bizarre Adventure / 『ジョジョの奇妙な冒険』 to do a special sneaker (Chuck Taylor All-Star) based on the first arc (Phantom Blood) of the recently launched animated series. At the same time they teased about a special sneaker commemorating the then forthcoming third arc of the animated series and arguably the most popular, Stardust Crusaders. Based off the main character Jotaro Kujo, the Converse ALL STAR OX/JO2 is now open for preorder until June 15th on the 2PMWORKS & p-bandai online stores. It should be noted that they are making these available in men’s and women’s sizes! These limited edition Converse are scheduled to ship later this year in December. Check out all the awesome detail in the gallery by clicking below! 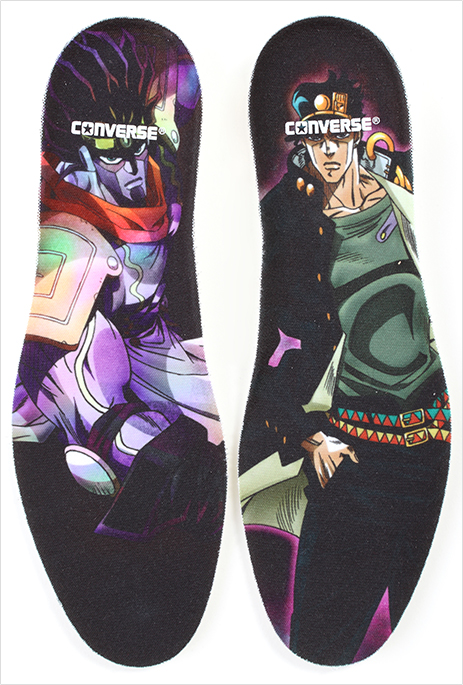 CURRENTLY VIEWING:
– Nothing, please recommend something!

The views and opinions expressed in this website are those of the authors and do not necessarily reflect the official policy or position of any company mentioned. Examples of opinions performed within this site are only examples. They are not to be taken at face value as they are based only on the mood, limited to that of personal experiences. Assumptions made within the examples are not reflective of the position of MarkMan or any corporate entity.
3 comments