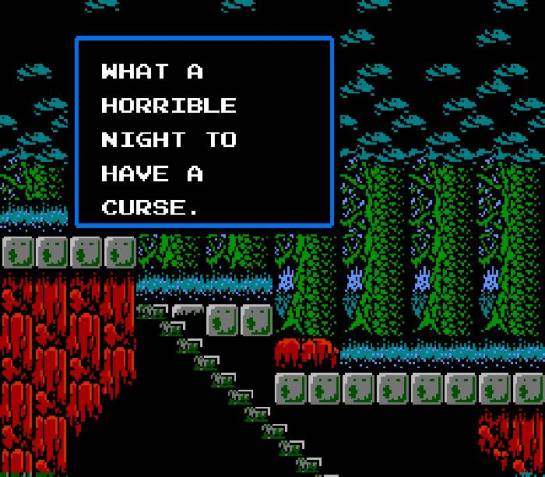 Castlevania II: Simon’s Quest and Zelda II: The Adventure of Link are amazing experiences if you played them when they first came out. Both are a vast change from the first entry in the series, however they offer a larger scale of exploration and discovery that helped innovate and realize things that would eventually define each franchise’s roots. Now that might sound odd as if they were amazing, why did they go back to the OLD style of Castlevania/Zelda then? Great point. I believe growth is finding out the difference & realizing what works best for you. Instead of going with the ‘popular opinion’ of how these games are shit or such a disconnect from the series as a whole, please keep in mind these were both the SECOND entry in a long series of titles that helped make each respective franchise iconic/recognizable. This is just my opinion, it may not be the popular one… but I’m glad I got to play both of these games in an era before their series’ were defined. Aside, I also regard both Zelda II and Castlevania II to have some of my favorite music tracks from the series (Zelda II palace theme & Bloody Tears). Did I really write a short rant about old ass video games? lol.