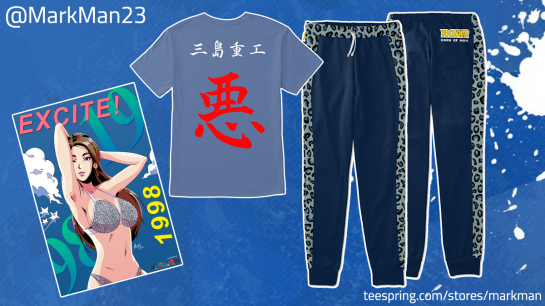 In case you haven’t seen. I’ve worked on a few homage merchandise pieces, influenced by some of my favorite video games.

The Masked Fighter ’97 (and ’99 TAG) range of products are an obvious not to my favorite masked wrestler from the TEKKEN series. Complete the new age drip with the EVIL shirt and the jaguar print joggers. You too can be an instagram / twitter ICON!

You can find more on the Masked Fighter ’97 and ’99 TAG range of products here: https://teespring.com/stores/markman

I’ve always thought about this but… I really want this obscure poster from the original Resident Evil / biohazard hanging in my office… need to recreate it somehow! Who will be the EXCITE 1998 POSTER MODEL! pic.twitter.com/dyuHsObX4d

The EXCITE! 1998 poster was something I always thought stood out from the original Resident Evil / BIOHAZARD on the PlayStation. Smack dab in the researcher’s private room, there was a poster that stood out. It also made an appearance a few years later in Resident Evil 3: Nemesis, during the downtown gas station portion of the game. 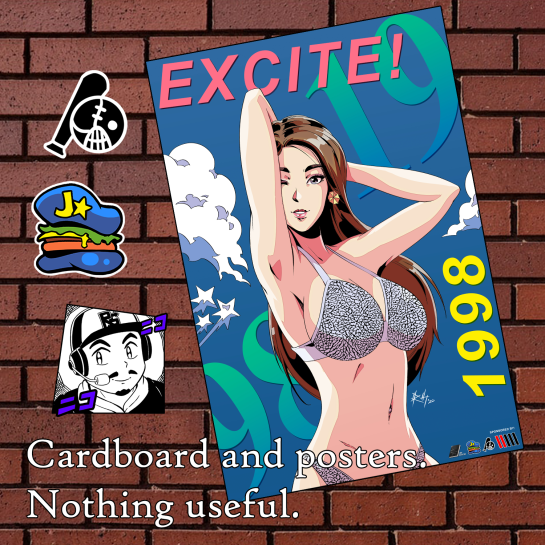 I finally decided to pay tribute to this timeless image by recreating it with world renown artist, Richard Suwono! With the original inspiration in mind, there were some other elements of the series and the 90s that were added. Can you spot the references?

You can find more on the EXCITE! 1998 poster and apparel products here: https://teespring.com/stores/markman

The coolest part of all this merch? People love ’em! Just look at some of these satisfied customers!

GET READY FOR THE NEXT BATTLE pic.twitter.com/jyBfLzlO9k

Me and my mini-me.

shoutout to @MarkMan23 for the fit pic.twitter.com/WefJiuUApW